Back to Thematic : Global

We decided to focus our thematic on space-to-space ecosystem. SpaceX commoditized the low-orbit economy driving the satellite sector. The only sub-activities in low-orbital economy interesting us must be focused on commercial cargo and crew flights, and satellite manufacturers able to evolve their business into deep-space technology. 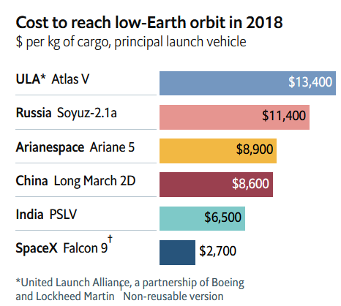 The “Journey to Mars” is the main driver of all the new space exploration age. This race will fuel important milestones: Space stations will be more numerous and gigantic; a permanent base on the Moon will be established; robots and Drones will be massively sent to Mars.

The 10 Key drivers of the new space age will calibrate our thematic. We don’t consider Satellite Internet (including geolocation) as a key driver of real space exploration and new space-to-space ecosystem.

Perimeters of the Space Economy

If we are more focused on space-to-space activities, we found it interesting to integrate the perimeters of the space economy proposed by the OECD.


The turnover of the global space economy reached $423.8bn, including $271bn from the satellite industry.

The 10 main Segments of the New Space Age


The greatest challenge is to find listed companies (less than 15%), while a Space-based economy will be the future.

The most Important Space Programs to Come

Space-to-space sectors are the future

The “why” of any investment is one of three main value of GATE Advisory. As depicted the previous slide : time, infrastructures, and mining seem to be the focus of space exploration for this decade and beyond.


Time is the worst enemy for humans. Distances in space are so wide. Chemical (solid and liquid fuel) is the standard means of propulsion for spacecraft, but new standards are needed :
Every spacecraft needs sophisticated ground segment support to send commands and receive data from on-board instruments. The space infrastructure ecosystem has four pillars :

Made In Space, Inc. has been at the forefront of manufacturing “in space, for space” since 2014, when it 3D-printed a wrench onboard the ISS. Today, the company is exploring other products, such as high-quality fiber-optic cable, that terrestrial customers may be willing to pay to have manufactured in zero-gravity. But the company also recently received a $74 million contract to 3D-print large metal beams in space for use on NASA spacecraft, and future private-sector spacecraft will certainly have similar manufacturing needs which 3D Printing companies hope to be well-positioned to fulfill.

Another major area of space-for-space investment is in building and operating space infrastructures such as habitats, laboratories, and factories. For example, in February 2020, Maxar Technologies was awarded a $142m contract from NASA to develop a robotic construction tool that would be assembled in space for use on low-Earth orbit spacecraft.

The “why” of any investment is one of the three main values of GATE Advisory. As depicted in the previous slide : time, infrastructures, and mining seem to be the focus of space exploration for this decade and beyond.

Space mining, or asteroid mining, refers to the mining of asteroids and other minor planets for their valuable raw materials. While space mining has not yet become a reality, the technology that will eventually enable to the exploitation of the rich resources of the asteroids in the solar system is increasingly being developed by a variety of companies.

China is becoming a major player


This thematic is global by essence. China will play a key role in the new Space Age.

China is the third nation to independently launch humans into space. As demonstrated in the 2015–2025 Medium- and Long-Term Plan for National Civil Space Infrastructure and other national policies, China places a premium on indigenous innovation, especially in high-technology industries.

China’s space program might have been slowed by the pandemic in 2020, but it certainly didn’t stop. The year’s highlights included sending a rover to Mars, bringing moon rocks back to Earth, and testing out the next-generation crewed vehicle that should take taikonauts into orbit—and possibly to the moon—one day.

But there were a few achievements the rest of the world might not have noticed. One was the November 7, 2020, launch of Ceres-1, a new type of rocket that, at just 62 feet in height, is capable of taking 770 pounds of payload into low Earth orbit. The launch sent the Tianqi 11 communications satellite into space.

The Chinese government issued a policy directive called Document 60 that year to enable large private investment in companies interested in participating in the space industry. 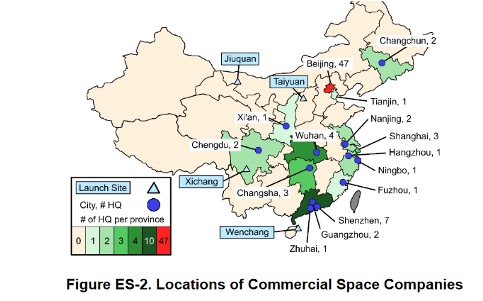 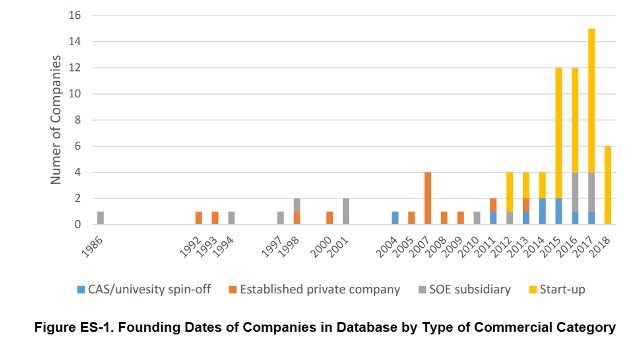 
Some studies pointed out the $3tn in 30 years provided by the space industry ecosystem.